You must be 21 to buy cannabis in California. 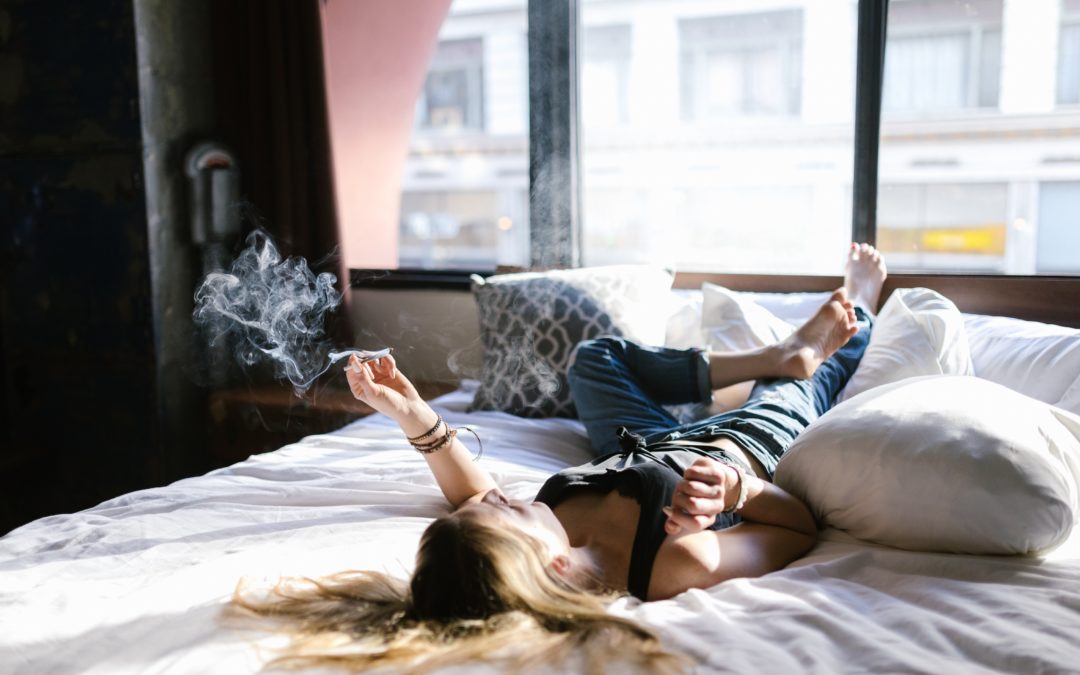 How marijuana works and what conditions it treats

Get ready for some science knowledge mic dropping. We are channeling our inner teacher and diving into all about marijuana.  Specifically, how marijuana works and what conditions it treats.

Take a quick Wikipedia gander and you will find out what the experts consider cannabis (aka marijuana, ganja, or hashish).

It’s important for customers to know that cannabis isn’t just picked from the ground and consumed (believe me you don’t want to try that).  It has to be harvested, dried, and packaged for your consumption.  Eventually, creating a viable cannabis product.

What is marijuana made of?

Researchers have further determined that the rock stars of all of the cannabinoids are THC and CBD.  Keep an eye out for these little “singers”. As the quality and quantity of these cannabinoids will factor into the product(s) you consume. 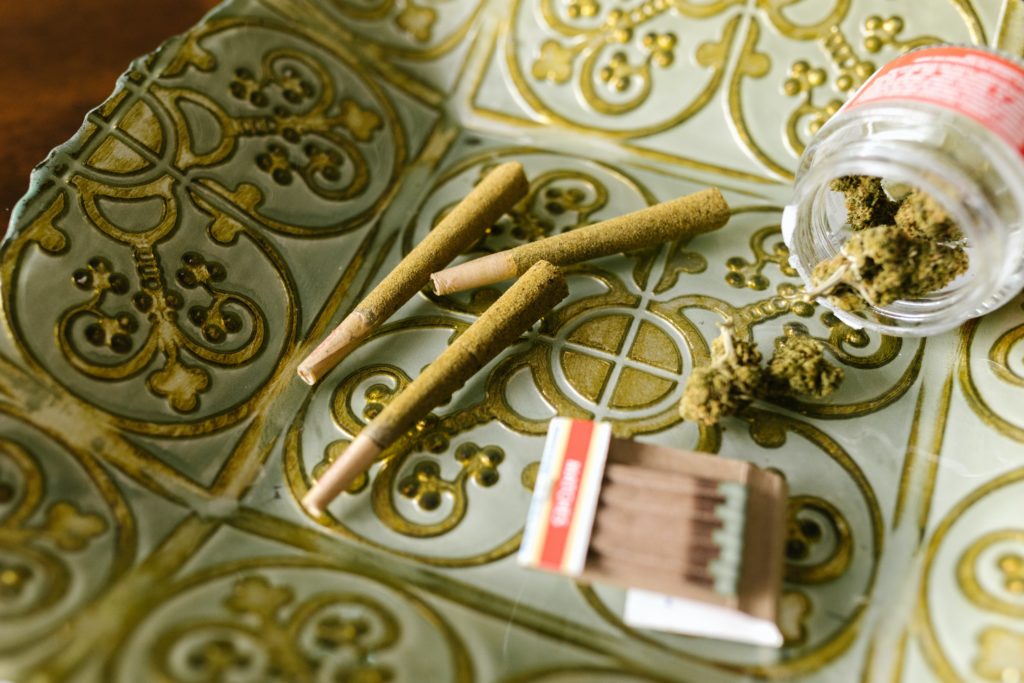 How do cannabinoids work?

Simply, the ECS is essential to human survival. Can you imagine if you were stressed, in a bad mood, and in pain all the time? It would be so hard to predict reactions and so many other functions. When the endocannabinoids are out of whack so is the entire endocannabinoid system. This means, crazy mood swings, anxiety, stress, and lack of sleep. Definitely not ideal.

Your ECS is the most underrated body system we know about!

What are ECS receptors?

Per the National Library of Medicine, CB1 & CB2 react differently because they are expressed in different parts of the body. 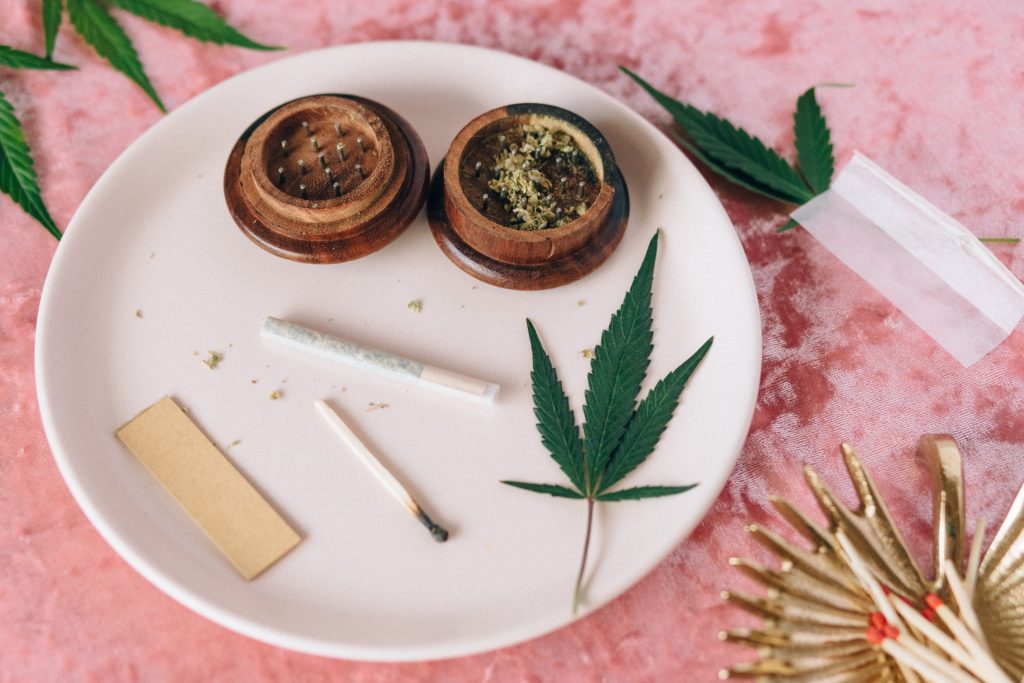 How do THC and CBD work with the ECS?

Simply, THC and CBD work by mimicking our body’s natural endocannabinoid.  If something is off in the body, THC and CBD pop in to help.  Additionally, we could dive into the further benefits and why they work so well with the ECS. But we will let the experts drop this knowledge bomb (NCBI).

Just like you, your ECS system is unique and endocannabinoids can affect each individual uniquely.  This all depends on your sensitivity to these ECS receptors.

THC sensitivity can all depend on the CB1 and CB2 receptors and how they bind.

What are CB1 receptors?

CB1 receptors are most prevalent in the central nervous system – brain, lungs, liver, and kidneys. These receptors have caught the eye of many researchers because they help in a variety of helpful brain functions – emotional, reward, and memory processing. Who doesn’t want more memory function?

CB1 mainly targets THC. Luckily for the user, THC must bind to the CB1 receptor for the user to feel the effects.  This means there is a pathway for THC to travel on, in order for the body to feel high.

We know that repeated use of cannabis can affect CB1 expression in the brain. Don’t worry in a mere 48 hours, your body can re-regulate and get back your CB1 sensitivity to that of a non-user.

What are the benefits of CB1 receptors?

Pleasure Centers – The CB1 receptors regulate important neurotransmitters such as serotonin, dopamine, and glutamate. When cannabis is consumed, it will signal the release of brain receptors (neurotransmitters), specifically, dopamine.

We love dopamine, like LOVE it.  As it’s aptly named the pleasure hormone. Dopamine is released when eating your favorite meal or having sex. Dopamine is also responsible for giving you that notorious high and euphoric feeling.  Thank you CB1 receptors for releasing dopamine!

Pain Relief – We could all use some pain relief now and again. Luckily, CB1 is also involved in how your body mitigates pain. Briefly, CB1 receptors work by getting targetted by THC. This is what makes THC such an effective pain reliever.  Here is the perfect product for some pain relief, Mary’s Medicinals.

Hold on! Though THC has been known to be a pain reliever.  Experts agree that you shouldn’t count out CBD either. CBD is also a proven anti-inflammatory relieving pain, just in a different way.

What are the side effects of CB1?

Increased Heart Rate – You may have experienced an elevated heart rate while consuming your favorite cannabis product. That’s because you can find some of our CB1 friends in the cardiac cells of your heart.  Increasing your heart rate when consumed.

Motor Impairment – We do not recommend driving and using cannabis. It’s thought that CB1 receptors in the part of your brain that coordinates movement can be greatly affected by cannabinoids.

Cognitive & Memory Impairment – CB1 receptors can also be found in your hippocampus, aka where we store our memories. So the use of cannabis can sometimes lead to memory loss.

Appetite: CB1’s play an important role in appetite and metabolism.  This is because CB1’s show up in the hypothalamus part of your brain –  responsible for controlling body temperature, thirst, and hunger. When CB1 interacts with the hypothalamus, the reaction is usually referred to as the ‘munchies”. Hence, you get very hungry! 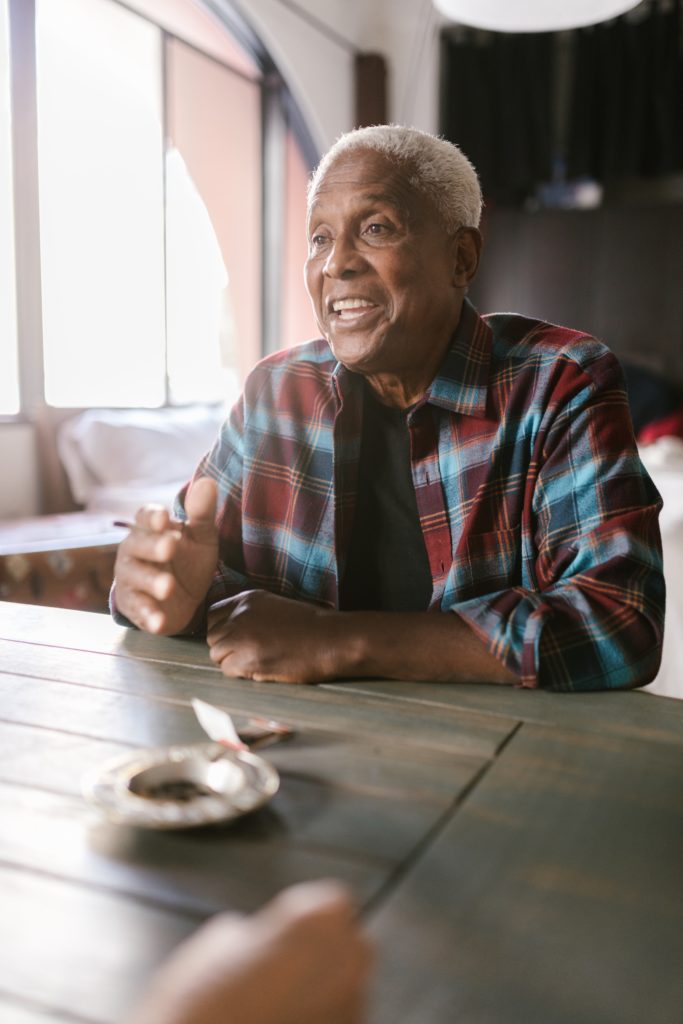 Where are CB2 receptors?

CB2 receptors are found almost everywhere. That’s because CB2 receptors are mostly found in immune cells which circulate around the body via the bloodstream. Studies have shown that some CB2 receptors may be in the brain and might play a bigger role in brain function.  But more research needs to be had to provide concrete results.

What do CB2 receptors do? What are the benefits?

CB2 acts like a switch, when it’s turned on, it promotes intercellular process leading to homeostasis. Helping the body regulate inflammation, cell survival, and proliferation.

Inflammation – Inflammation indicates there has been an immune response. When an inflammation response is triggered, CB2 helps to bring the body back to a normal non-inflammatory state. Cannabinoids found in cannabis can have anti-inflammatory effects because of how they engage with the ECS and CB2 receptors. We’ve got a product that helps treat inflammation, Papa and Barkely.

If there is injury or inflammation, CB2 receptors will be present in the brain, even if that isn’t their usual location. Studies have shown that CB2 activation from cannabinoids might also help with inflammation in the brain caused by a stroke.

Upcoming Research on how marijuana works and what conditions it treats

Alrighty, are you dizzy with science knowledge now? Do you now have a better idea of how marijuana works and what conditions it treats? Perfect. Don’t worry there’s plenty more! Check out our other articles about cannabis!

« Cannabis (Marijuana) and Cannabinoids: What You Need To know
How To Dose Marijuana Edibles »